Experience an inward journey into the finest details of sound—Salu offers a unique assembly of close, intimate, experimental instruments and textures for sensitive, inspired musical expression. Recorded with an exceptional cast of performers at the Arvo Pärt Centre in Estonia, Salu is a direct and visceral connection to the close-up intricacies of emotion.

Sounds for the inward journey

The specific sonic aesthetic is an inward journey: Sounds that are delicate and intimate and expressive.

Everything was recorded to be as close to the sound as possible, with multiple mic options—close mics for each singer, for example. And you can dial-in the unique ambience of the room sound as required.

The recording sessions were planned together with the performers. Their own artistic insights led us to new ideas, with each thought informed by the atmosphere of the forest all around.

Recorded at the Arvo Pärt Centre

Located 40 minutes outside Tallinn, Estonia, in the middle of a pine forest, the Arvo Pärt Centre is equal parts cultural space, concert venue, creative environment, a tribute to, and an archive for the life’s work of the Estonian composer Arvo Pärt. The building itself and the forest it sits in work together to create an atmosphere of peace, calm, and reflection—an atmosphere that directly inspired the sounds of Salu. 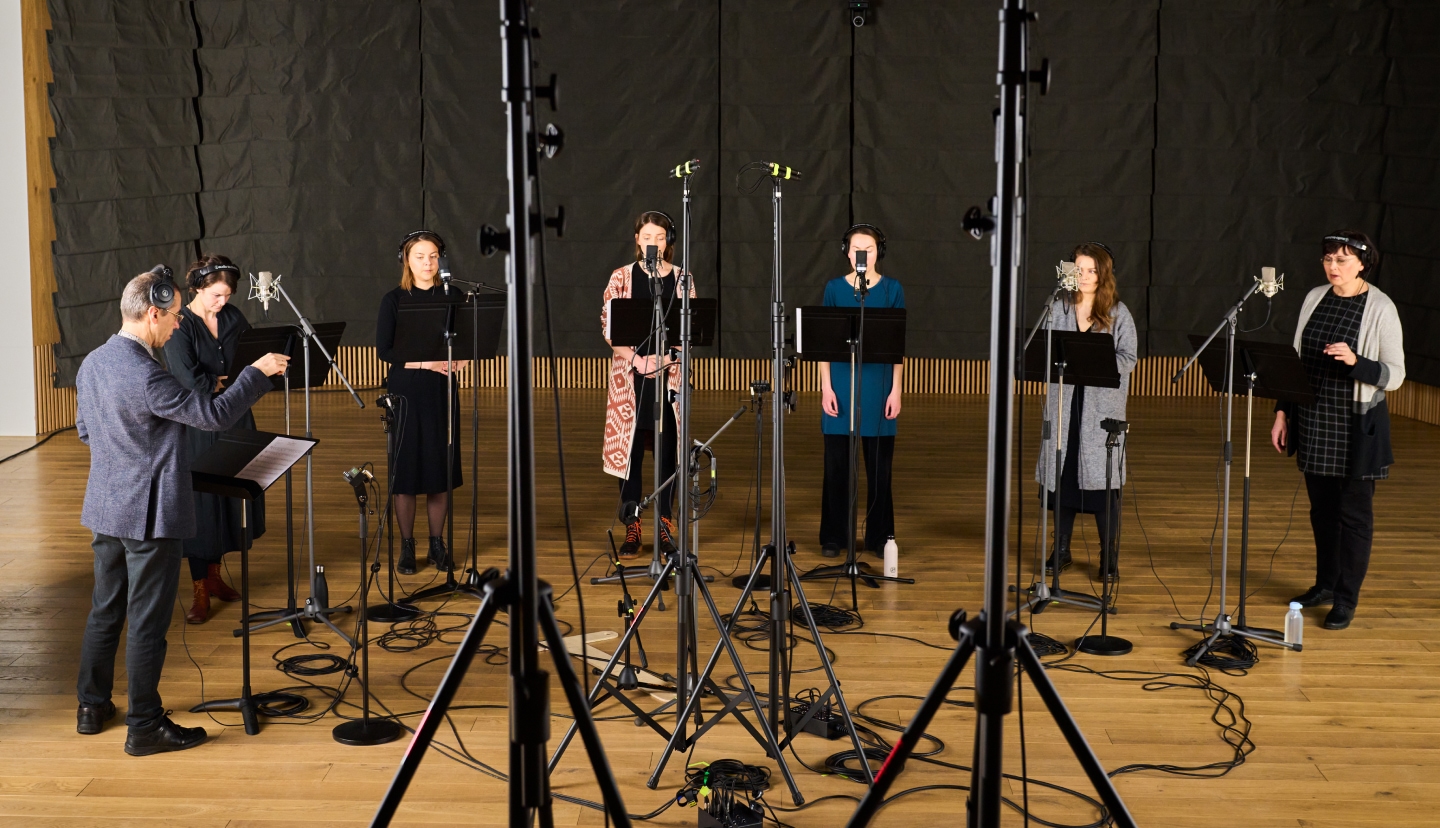 Vox Clamantis: Voices
Formed out of a shared interest in Gregorian chant, Vox Clamantis have developed into a versatile, prolific, and internationally recognized vocal ensemble. Founded and guided by Jaan-Eik Tulve, their repertoire focuses on early polyphony and contemporary music, alongside works from Arvo Pärt, Helena Tulve, Erkki-Sven Tüür, and other Estonian composers—some of which were written specifically for Vox Clamantis. Their recordings on ECM are outstanding, and their numerous accolades, including a Grammy Award, are testament to their unique and evocative sound. 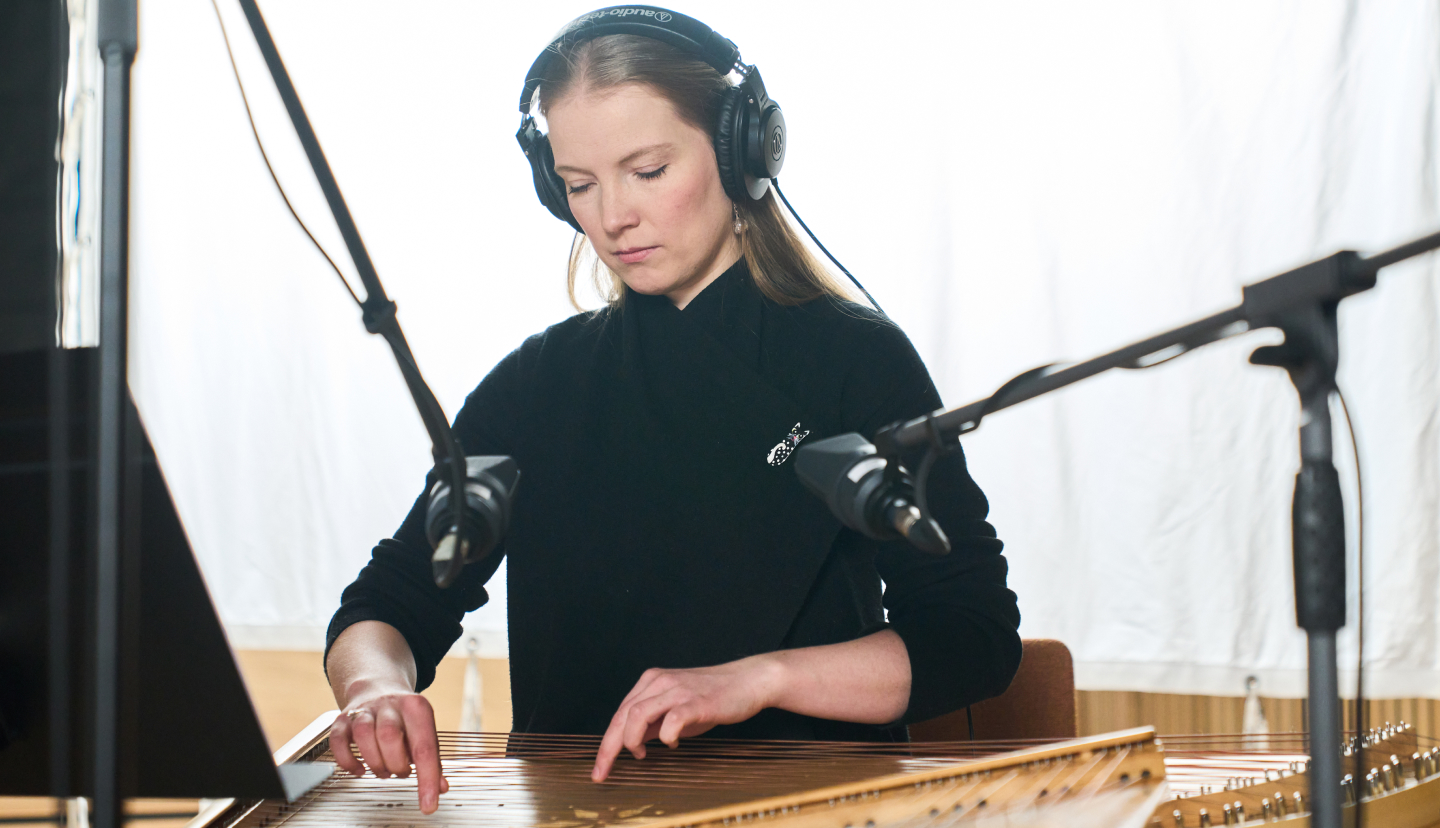 Anna-Liisa Eller: Kannel
The kannel is a traditional Estonian instrument, and well-known throughout the country. But few people can play it like Anna-Liisa Eller. After studying music and specializing specifically on the kannel, she’s become one of the most prolific players of the instrument, with a baroque sensibility that translates well into contemporary and experimental music. Importantly, she also shares her enthusiasm, teaching kannel to a new generation of players. 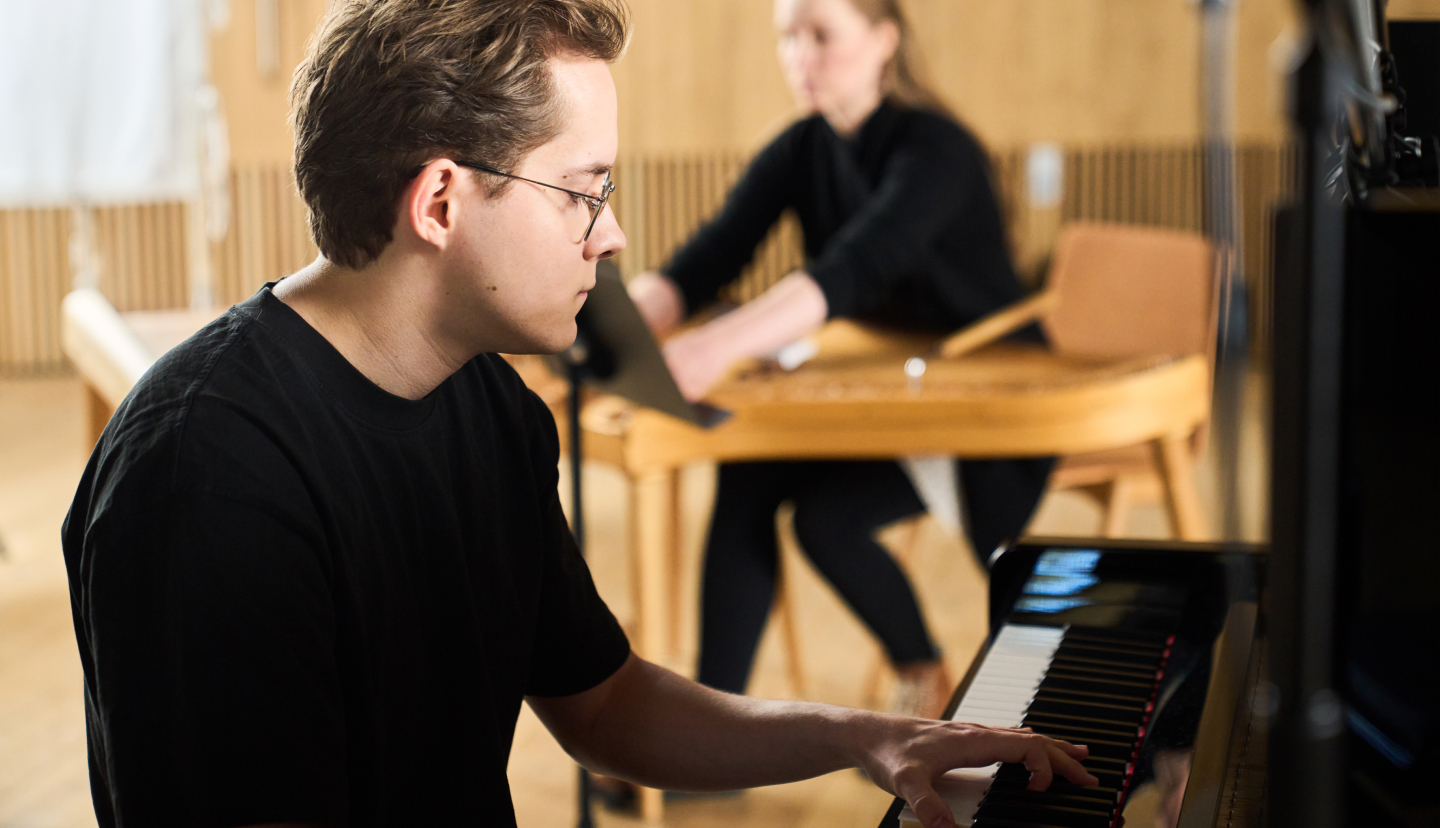 Vetle Nærø: Piano
From Norway, Vetle is a composer and pianist who has embraced the inward journey like few others. Recording on K7!, his album Introspection made him an obvious choice when selecting a pianist for the close, intimate sound of Salu.

Liis Jürgens: Harps
Liis is a harpist and composer. She has played harp for the Estonian National Symphony Orchestra, and explores highly experimental territory in her own compositions and performance. She was our first call when we decided to combine kannel and piano with harp. 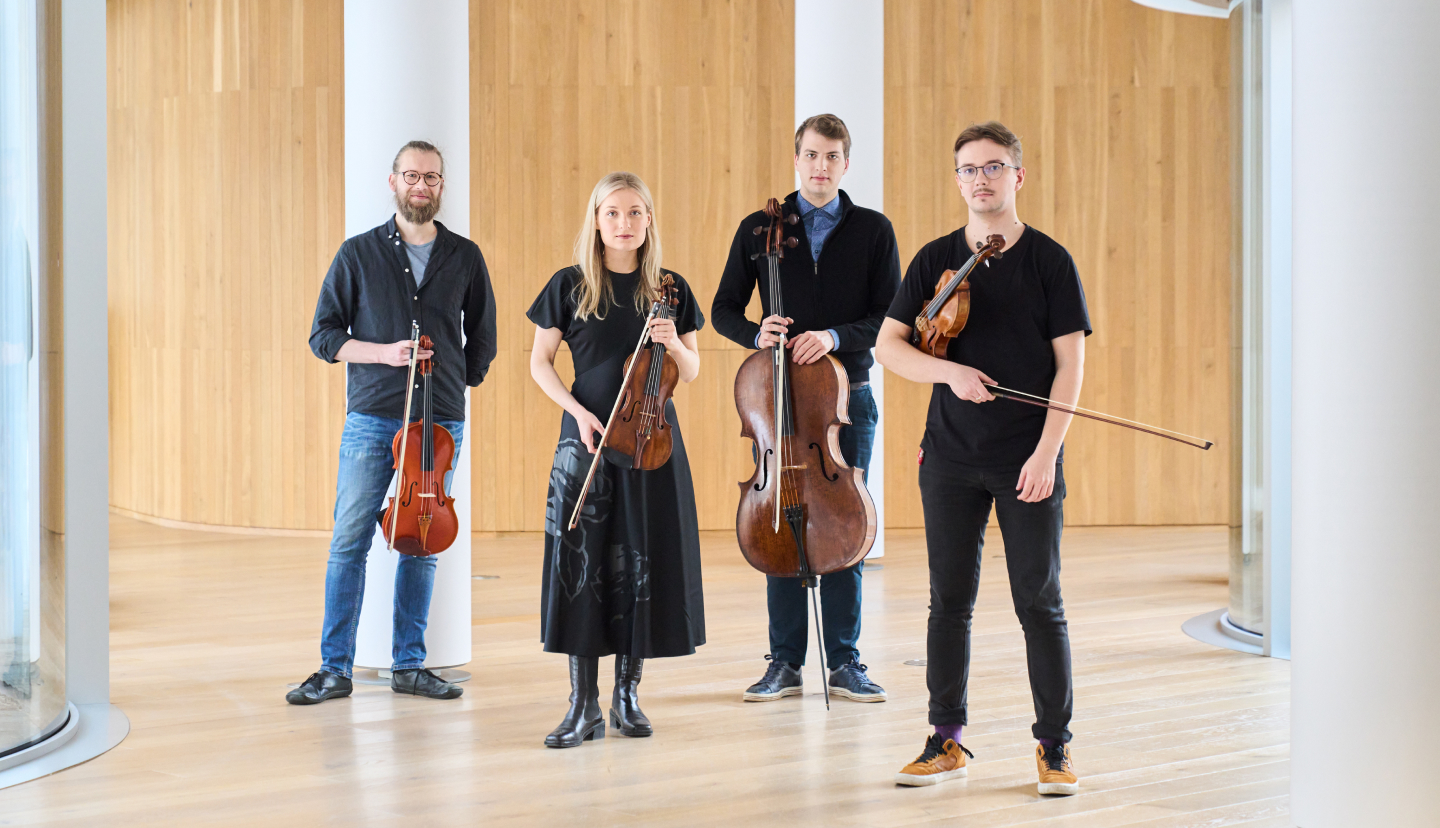 M4gnet: String quartet
This young string quartet is quickly establishing a reputation for vivid performances and a taste for experimentation. Their ideas for the Salu recordings were key in creating the expressive and experimental edge inherent in these strings. 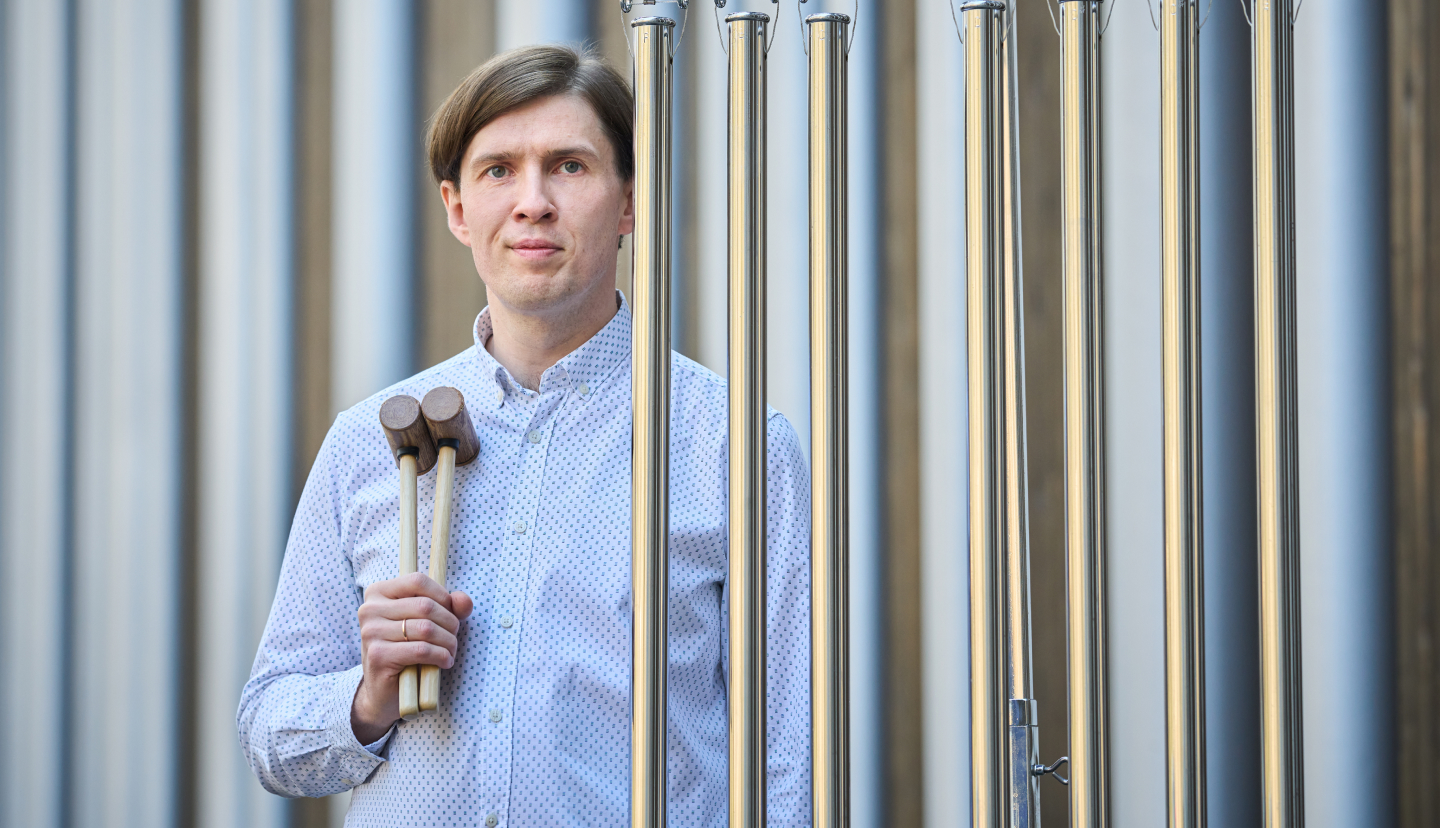 Vambola Krigul: Percussion
Vambola is Estonia’s very own grandmaster of experimental percussion. An obvious choice for the Salu cast, Vambola’s percussion focuses on quiet sounds and the silences between them. He’s also been known to mic up and play cactus plants. 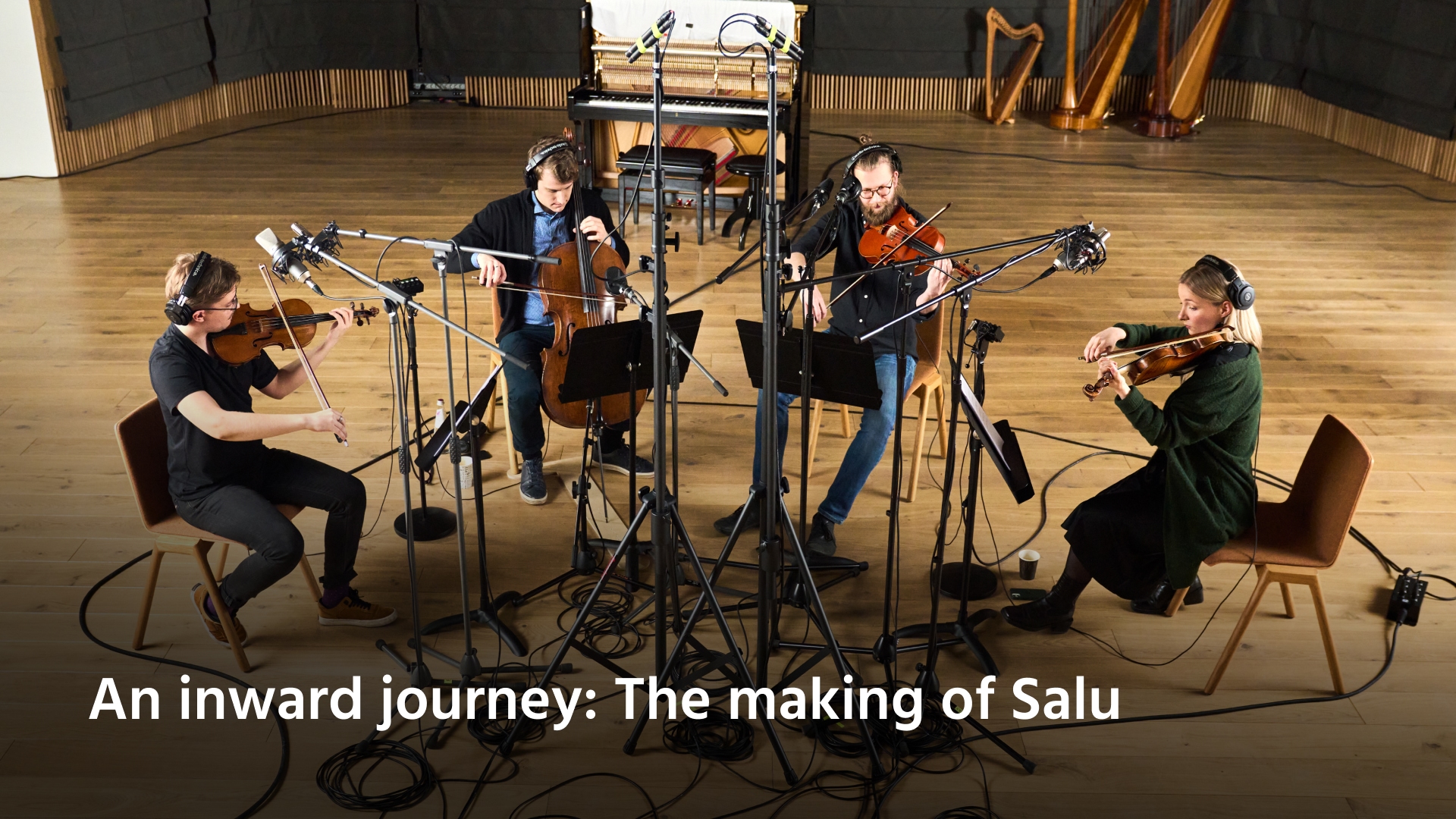 71 carefully-constructed sound design patches complement the instrumental side of Salu. All patches were created using the source recordings—enhanced and augmented by layering and effects processing. Most patches here offer complex dynamic expression—use the modwheel while playing to control the intensity of a patch. Perfect for underscoring, and expressive enough for much more.

Get SINE for free

Mic merging
Preserve your system resources: Fine-tune your mix using multiple mic positions, then merge into a single channel within the player.

Greater usability
SINE is designed to complement the compositional workflow. Create on the fly with auto keyswitch options, and easy remapping tools.

Download à la carte
Choose only the instruments and mic positions that you currently need—no need to download the entire collection at once.

If you want to buy the Kontakt version of this collection, please note:

*= Upgrade fee is around 10% of the regular collection price. This is due to doubled costs for downloads and licensing.